Yes, ladies and gentlemen! This is your very own ‘Islamic scholar’ and his words of wisdom that he expressed on his official Twitter account. 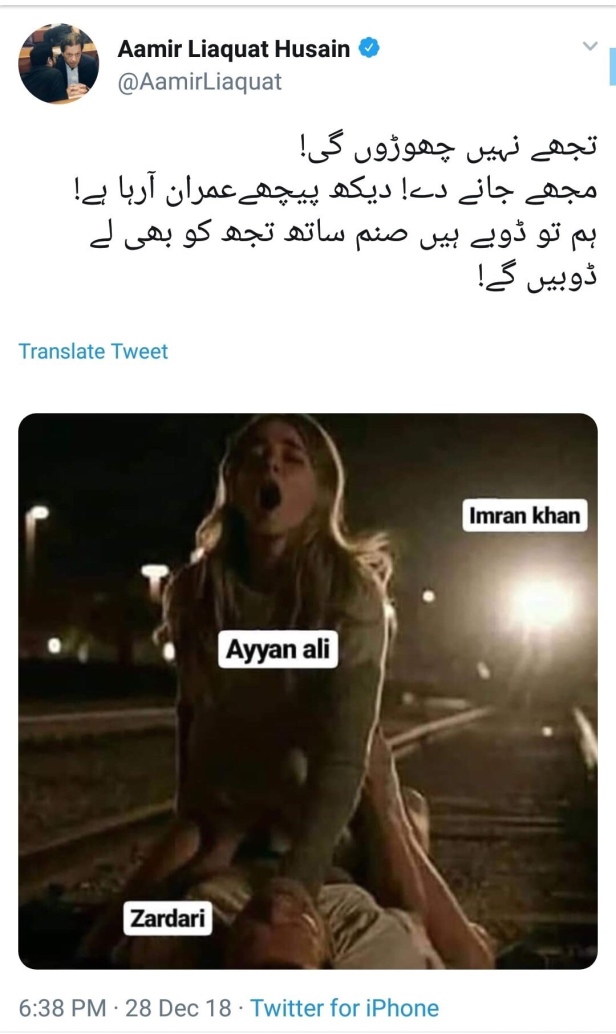 The meme shows Ayyan Ali has former president Asif Ali Zardari pinned down in a sexual way on a railway track while a train labelled Imran Khan is about to hit them.

His caption to go with this meme roughly translates into:

Aamir Liaquat is being criticised on the internet for this tweet also because of his ‘Islamic scholar’ persona.